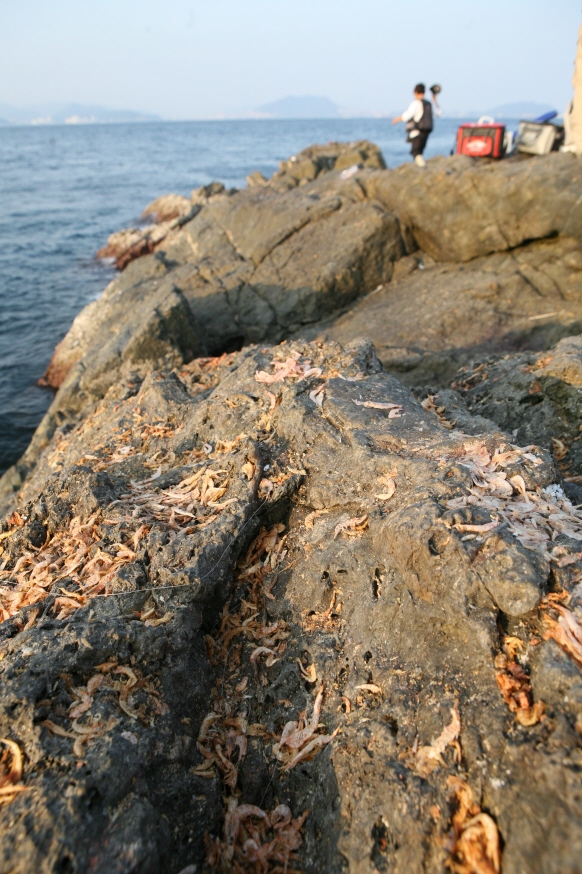 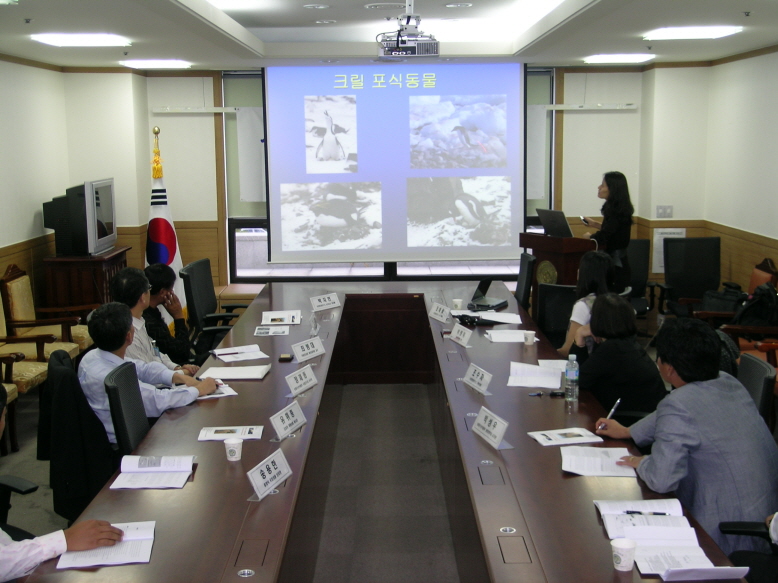 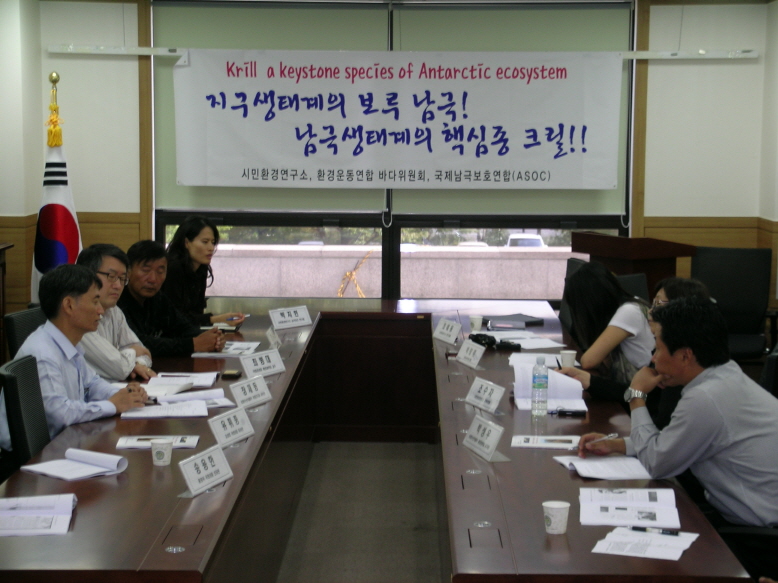 Yesterday, ASOC Korea had a seminar at parliament house.  It was organized jointly by 2 parliament members, opposition party members, with KFEM(Korea Federation for Environmental Movement) ocean committee. Participants were not many around 11; one from ministry of agriculture and fisheries, one from university, one from Pusan KFEM, one from KFEM members, 3 from sports fishing association, 3 from ASOC Korea, 2 from parliament house something like that. Just before the parliament’s annual auditing program, which is the most important role of parliament to administration as a kind of check and balance system, it was not easy to organize larger seminar.

Under Yeyong’s moderating, there were 2 presentation and designated panel discussion for 2 hours. Jihyun started first presentation with basic introduction of Antarctic ecosystem and the importance and crisis of Krill. She ended her speech with explanation of current issues of SSMUs and observer issues. Second presentation was about domestic krill consumption and environmental problem by Mr CHEON, the co-chair of Pusan KFEM, showing various pictures that contaminated badly by krill bait consumption around many different coastal areas and islands.

Government official simply introduced current issues at CCAMLR and WG-EMM without any new or improved idea. Actually he is working for a division of  international organization so he didn’t know details about specific krill polices and background stories. Jihyun and Yeyong tried to draw something new from the government official but no way. Actually another government official from the division of distant water fishery was supposed to come but didn’t make it due to personal injury. Basically they were not happy to come this seminar.

Prof CHOI from a national university majoring aqua food engineering and Ms PARK who are 2nd year university student commented the necessity of sustainable fishing and consumption. He pointed out the problem of Korea’s domestic consumption mainly sports fishing bait.

As a conclusion, this seminar focused on how to make domestic krill consumption environment friendly and public’s awareness. Most participants agreed the necessity of sports fishing authority system not to overuse the bait and other purpose.

That’s it now for the yesterday parliament seminar reporting to you. I guess after CCAMLR, we need to reorganize another seminar to focus on the CCAMLR issue.