The Korea Federation for Environmental Movements(KFEM)/Friends of Earth Korea, Seoul Broadcasting System (SBS) and Ministry of Environment of the Republic of Korea present the seventh ‘SBS Eco Water Awards’ in November 2018 to those who have worked to protect water environments in Korea and Asia.

The ‘SBS Eco Water Awards’ are given in recognition for contributions of individuals, communities and institutions to protect water environments and to improve water resources management and water quality in a sustainable way. The awards hope to honor those who work to find sustainable solutions to diverse challenges that arise in water resources management and water related ecosystem conservation.

Though water is essential for the survival of many forms of life, water shortage and contamination due to rapid population and economic growth, industrialization and urbanization are posing big threats to human and other life forms on the Earth. We think it is our own responsibility to restore the availability of clean and safe water and healthy environment for the future generations.

Award winners will be chosen by the award committee, and a TV crew from the SBS accompanied by some youth award recipients will visit the winner of the Gaia Prize in November to produce a short TV documentary about the achievements of the winner.

The awards ceremony will be held in Seoul, South Korea in November 2018. The winner of the Gaia Prize will be given a monetary prize of 20,000 US dollars as well as a certificate.

A confederation of 51 local chapters and 5 affiliated organizations, KFEM is one of the oldest and largest environmental NGOs in South Korea. KFEM has actively taken part in the fields of water resources management, river and wetland protection in the country.

SBS, which was established in 1990, is one of the largest broadcasting companies in South Korea. It is comprised of one national TV channel and three radio channels. For the past ten years, SBS has produced public interest TV programs such as ‘Water is Life’ which have contributed to raise public awareness on water related environmental issues.

The ‘SBS Eco Water Award’ was established in 2008 and the first winner of the Gaia Prize in the year was the Revive Ariake Sea! Lawyers’ Association in Japan whose efforts have focused on the protection and restoration of tidal flats of Isahaya Bay, an important coastal wetland in Kyushu, Japan from a reclamation project.

The Onon-Ulz River Movement of Mongolia won the Gaia Prize in 2009. They nullified the mining licenses of two mining companies near the Onon-Ulz River and conducted a restoration project on the surrounding polluted land.

Ms. Yin Yuzhen from China won the Gaia Prize in 2010. She has planted trees in desert in northern China and turned it into arable land where she can practice sustainable agriculture and gardening for the local community.

The Ecoton from Indonesia won the Gaia Prize in 2011. They lead participation of government and corporations to save Brantas River and they are also proceeding environmental education by doing river exploring program with students.

Nagenahiru Foundation from Sri Lanka won the Gaia Prize in 2012. They have strived for the restoration of coastal Mangrove Ecosystem in Sri Lanka. Since 2006, more than 15 ha already restored and the restoration process is continued.

The Philippines Nagenahiru Foundation led the environmental movement in Cordillera, Philippines, for over 30 years since 1984. In response to the large-scale opposition to the construction of dams, they have been protecting the environmental pollution caused by mine development. 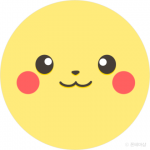