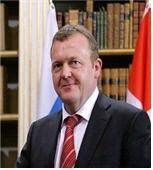 
Chairman Han announces former Danish Prime Minister Rasmussen as successor to GGGI Board Yeosu, Korea -Former Prime Minister of Korea Dr. Han Seung-soo announced his decision to step down as Chairof the Board of Directors of the Global Green Growth Institute (GGGI), effective June 30, 2012.  His decision follows two years of leadership of the GGGI from its inception in 2010.

“It was a great pleasure to serve as founding Chairman of the Global Green Growth Institute for the last two years. Now that GGGI is firmly established and in the process of being converted into an international organization, entering the second phase of its development, I thought it was about time to resign. I have sent Mr. Rasmussen, former Prime Minister of Denmark, an invitation to succeed me which he gladly accepted. With his vision for green growth and leadership in climate action, I have full confidence that he will be a successful chairman.”

“Lord Stern and I have had the privilege of working with Chairman Han during the birth and first steps of GGGI,” said Professor Thomas Heller, professor at Stanford University and executive director of the Climate Policy Initiative who serves as a Vice Chair of the Board. “Without his great contributions, it would not have been possible to have set GGGI on the course to becoming the world’s premier organization in the field of green growth,” he added, and strongly supported the nomination of Mr. Rasmussen.

Australia’s deputy to the GGGI Board, Adviser to the Australian Government on Green Growth, Mr. Howard Bamsey, commended Dr. Han for his vision and skill in propelling the GGGI into the international architecture for sustainable growth and development.  “GGGI is positioned to lead this agenda with rigorous standards of governance,”said Mr. Bamsey, who previously served as Australia’s special envoy on climate change.

Mr. Bamsey endorsed Mr. Rasmussen as Dr. Han’s replacement as Chair, and noted that the conversion of the GGGI into an intergovernmental organization under international lawwill be “a turning point.”

Dr. Thani Ahmed Al-Zayoudi, Director of Energy & Climate Change at the Ministry of Foreign Affairs of the UAE said, “We greatly appreciate the vision, leadership and inspiration of His Excellency Dr. Han Seung-soo, which have helped move the GGGI from a concept to a practical reality.  We look forward to the new leadership to building on the solid foundation to successfully achieve the organization’s strategic objectives.”

GGGI Executive Director Richard Samans echoed this praise for Dr. Han’s leadership and service, stating that “the organization has benefited enormously from Dr. Han’s vision and tireless effort. We look forward to former Prime Minister Rasmussen’s stewardship in the next, important phase of our young organization’s development.”

Lars Løkke Rasmussen is a Danish politician who served as Prime Minister of Denmark from April 2009 to October 2011. He is the leader of the center-right liberal party, Venstre. He served as the Interior and Health Minister from 2001 to 2007 and as Minister of Finance from 2007 to 2009. He has been a member of the Danish parliament (Folketinget) since 1994.With former Prime Minister Rasmussen’s joining to the Board of Directors, GGGI will enjoy two Danish representatives in its Board, the former Prime Minister and the current Board Member, Dr. Christian Friis Bach, who is the Minister for Development Cooperation of Denmark.

GGGI is dedicated to developing and diffusing a new paradigm of economic growth –green growth — which simultaneously balances economic performance and environmental sustainability.  Headquartered in Korea and launched as a foundation under Korean law in June 2010, GGGI works in long-term partnership with developing and emerging economies, including the least developed countries, through rigorous green growth planning, research and public-private cooperation.